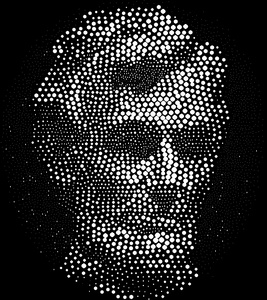 This past Sunday, Feb. 10th, the 2nd meeting of the Recreational Computer Programming Group was held. Chris Ertel showed us some cool effects dynamically applied to webcam output via OpenGL shaders, and some interesting procedurally generated maps for some sort of zombie infection game. Marlin Mixon demonstrated an Android app that he's been working on to enable people to find satellites visible to the naked eye in an urban environment. Steve Cameron (that's me) demoed a kaleidoscope-like application inspired by the ancient video game "Qix", a pseudo-physics based stippling algorithm implemented in python, and a lunar lander game designed to work with a laser projector via the openlase library.

The next meeting of this group will be held March 10th, 2013. Hope to see you there.