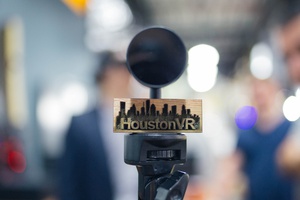 Virtual Reality is a fascinating topic. Regardless of your generation there have always been fantastical imaginings of the future. From the 1939’s World's Fair to 2014’s Movie Interstellar, we’ve been shown the technological potential of humanity in all its awe inspiring greatness. We are all fortunate to live in an age that truly blends reality and science fiction and the apex of that current level of immersion occurs in VR.

There are been a few false starts with VR, the most notable being the Nintendo Virtual Boy. The graphics were minimal with Red lines being the only thing rendered, so most people didn’t get enjoyment out of it beyond the initial novelty. Once Oculus came on the scene with their original developer kit (DK1), they caught my attention. The reviews were full of positive comments from the tech community saying this time VR was going to be a big deal. The function was still somewhat limited, but you could not only view images and video in three dimensional space, but you could move around in a live game environment.

I stayed on the fence of diving head first into VR, tracking the news until the second developer kit was released. In that release you had 6 degrees of freedom, meaning not only could you look around wherever you’d like, but when you moved your head left/right or up and down, the same movement would happen in the gaming environment. Among the advantages this brought were peeking around corners and looking above or under objects and when moving your real body affected a one to one change with your virtual body, you could achieve a much higher level of immersion, where your brain starts to “forget” that you're playing a game. 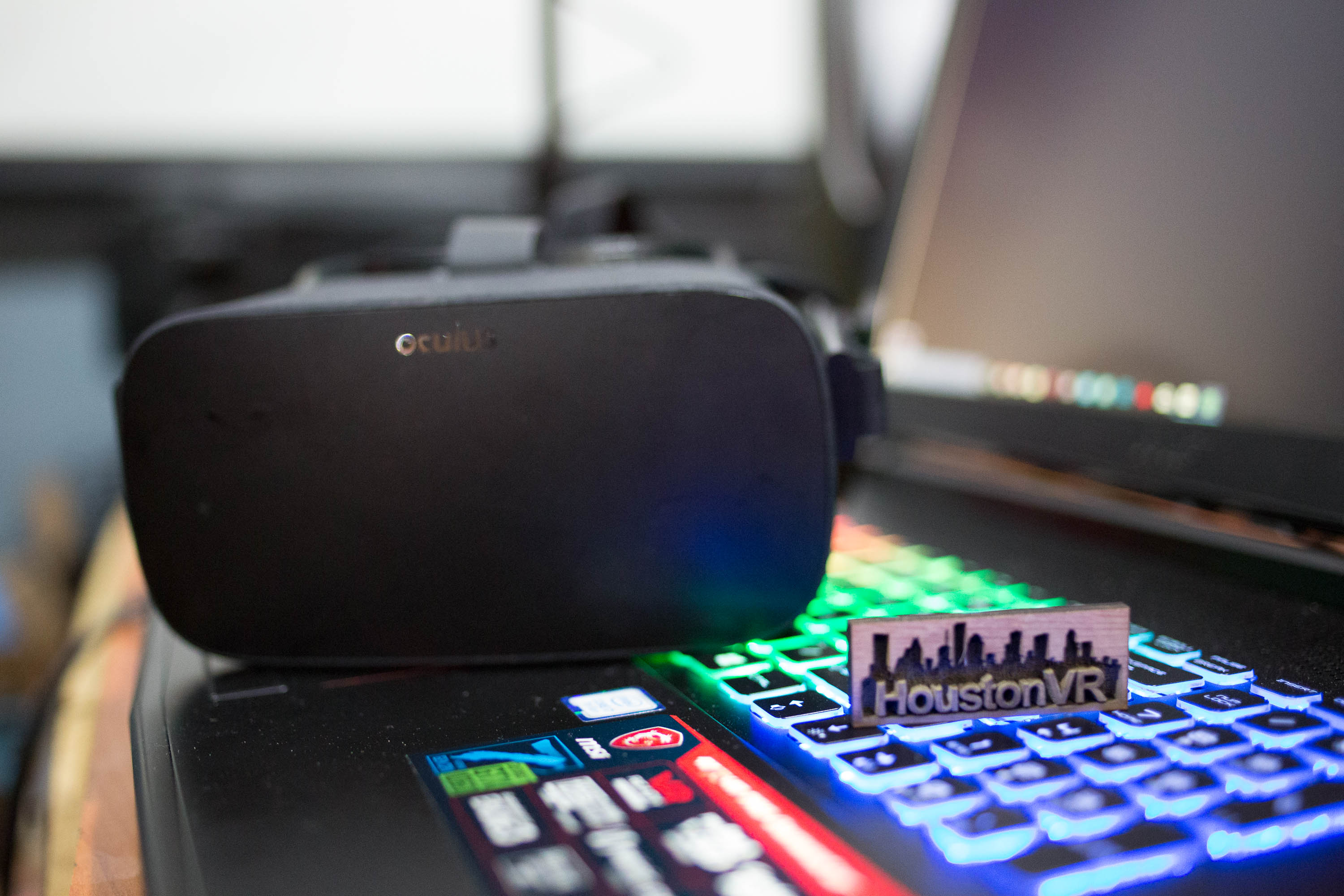 My journey started with the second version of the developer kit (Oculus DK2) and lead me through a variety of samples of virtual worlds, which was new and exciting, leaving me eager for more. I searched for community groups to best take advantage of the new technology and became aware of the Houston VR Meetup. I attended a meeting and it opened the door to all new information on the industry as well as new demos to try out at the multiple stations available. I was able to experience the HTC Vive developer version (Pre) for the first time as well, which was another dramatic change. Where the Oculus focused on stationary forward facing experiences paired with a keyboard and mouse or Xbox controller, the Vive focused on a room scale experience, which enabled full movement within a virtual space using 2 separate controllers that often doubled as virtual hands. Within the virtual space I was able to draw in mid-air, throw objects with nature hand movements, crawl under desks, etc. 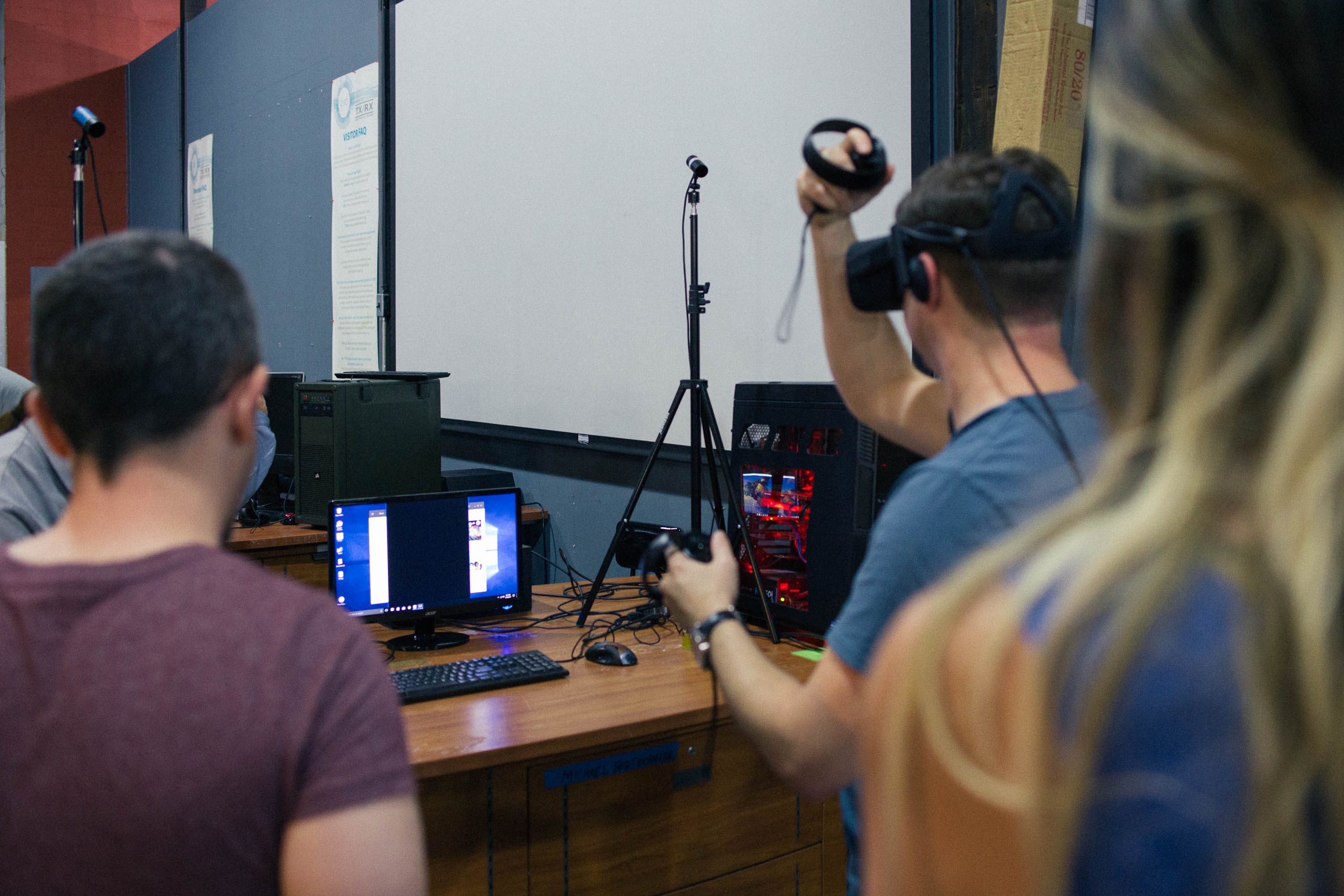 That initial experience with the Vive convinced me of it’s value and I immediately pre-order one. Once it came in, I was excited to increase my presence in and support the local community by setting up a VR Station at the Meetup myself. It’s been interesting to follow the progress of an industry in it’s infancy, meet people involved in its development, those who are heavily invested in it’s success, the transition to a mainstream market and the journey towards mass commercial adoption.

The Meetup is held in the makerspace TXRX labs, a place that I was previously unaware of but happy to have found. It makes for a great venue for the VR Meetup as well as many others. As I continued to attend the VR meetup I began considering the benefits of the venue itself, outside of the meetup. I was specially interested in their 3D printers as another technology on the rise closely paralleling the rise and popularity of VR. After attending the 3D printing course and becoming a member I was able to create numerous fun and useful items with the printer as well as tackle larger projects which the staff were happy to assist with. It was very easy to see the benefit of using the equipment on site over trying to have the same collection of equipment at home in a much smaller space, though a combination of the two is complimentary as well. The 2 years I’ve been a part of the Houston VR meetup and the TXRX labs have been life changing. I’ve become a full time VR developer with numerous network connection and full member of TX/RX with several new skillsets, both of which assist with projects only limited by the imagination.

Note on the Current State of Technology:

Every part of our day can be enhanced by technology and VR is just the tip of the iceberg. Imagine waking up to the music of our choice at the optimal point in your sleep cycle as the blinds open to let in the daylight. A bedroom (or bathroom) smart mirror displays and reads the most up to date weather, news and traffic. Meanwhile, the shower turns on warming up to your preferred temperature and the coffee maker starts brewing you a hot cup of cappuccino or coffee with cream and sugar (or however you take it). As you grab your coffee on the way out, your car automatically starts and the garage opens. As you leave the garage closes itself, locks your house and adjusts the AC temperature to save on cost and energy. You’ve likely seen several of these in previous sci-fi movies and television, but all of them are possible and available with today’s technology. 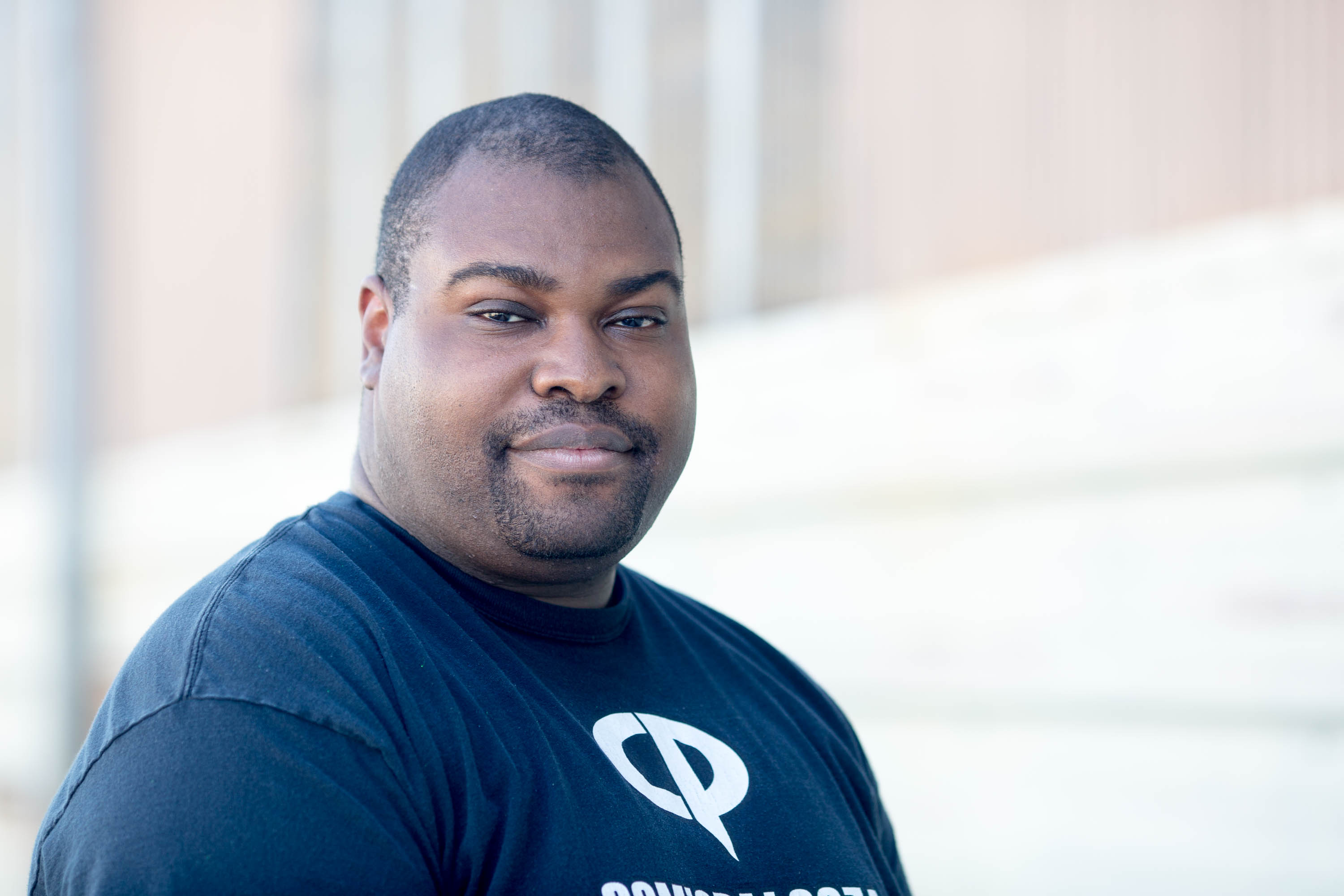 Ted Hayes II has always had a passion for advances in technology and innovation. During a 6 year tour in the Navy, he cemented his foundation in Circuitry as an Electronics Technician. After leaving the Navy he picked up the Electrical Side during 6 years as a Field Service Technician, followed by 5 years of senior level technical support with Apple. After a detailed look into the potential of the VR industry and a year of study based around the software available, he founded NuTech Fusion, a VR consulting Firm which specialized in creating personalized VR Experiences for commercial, medial and entertainment applications. To date he has released 75+ VR experiences and currently works with a team of 12 Tembers.