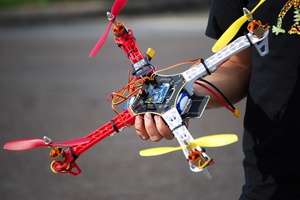 Have no idea what a quadcopter is? We did a quick interview with our instructor, Mike Reynolds, to cover the basics!

What is a quadcopter?

A quadcopter is the four-rotor variant of a class of aircraft known as multicopters or multirotors. Multicopters employ multiple rotors to produce thrust and attain directional control by varying the relative thrust and torque of each rotor.

Quadcopters are the most common form of multicopter, commercially at least, and are what most people envision when the word “drone” is thrown around (although technically a drone is capable of autonomous or semi-autonomous flight.)

How long have quadcopters been around?

The first quadcopter was not a model, but a real aircraft. The Omnichen 2 was built in 1920 by French engineer Etienne Omnichen.

DIY multicopters started becoming popular around 2010, when a maker known as Alexinparis combined the motion sensors (gyro and accelerometer) from a Nintendo Wii nunchuk controller with an Arduino to produce one of the first open-source, open-hardware multicopter flight controllers known as MultiWii. 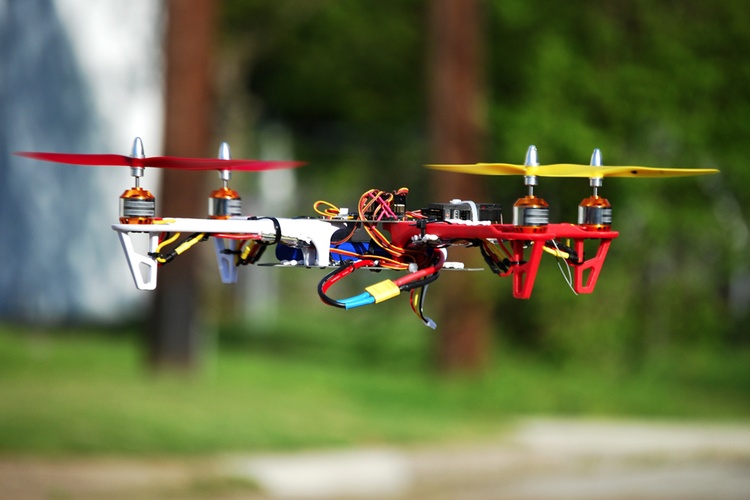 Are there benefits in building your own quadcopter vs. buying a pre-assembled one?

Building a multicopter yourself gives you experience in a lot of different areas. You pick up basic soldering, basic electronics, mechanical assembly, aerodynamics and a dive into how modern radio control systems work. It’s also a “gateway” into more advanced electronics, microcontrollers, firmware design, 3D design, 3D printing and CAM.

You also come out of the project knowing exactly how to fix problems as they arise, and I believe it makes you a more confident pilot because there is less fear of crashing. You know how to build it and how to fix it.

When did your interest in quadcopters begin? 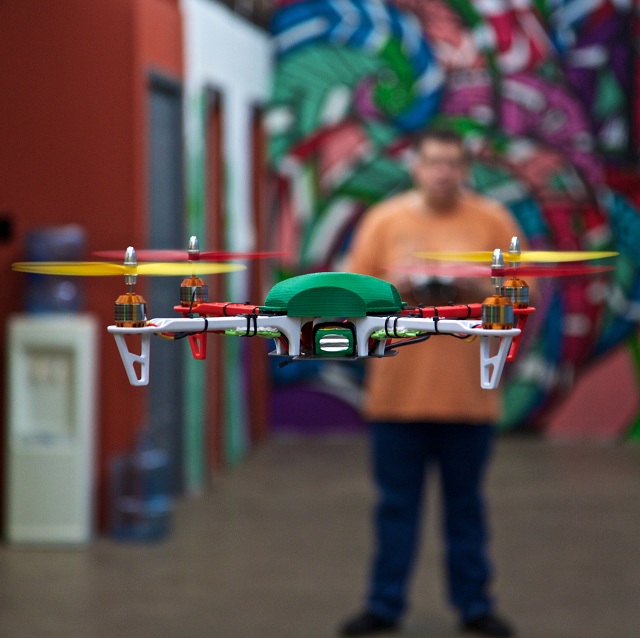 I’ve flown model aircraft of one form or another since the late ‘80s.

Soon after joining TX/RX in 2012, I saw a “Build a quadcopter” class being offered and signed up for it. It was a two-day class, but due to personal issues, the instructor was unable to attend the second day, leaving me with a half-completed quadcopter.

I spent the next few weeks figuring out how to finish it and get it flying. It was based on a commercially-available MultiWii board, and programming it was my first foray into the world of Arduino.

I went on to build a couple more, and when it became evident that nobody at TX/RX was going to teach the class again, I talked Roland into letting me teach it. I believe the first class I taught was January 2014.

Are there other workshops that you recommend for someone who is interested in quadcopters?

Definitely! Depending on how “DIY” you want to get:
Soldering - This is the primary skill to master. We recommend the Soldering I class as a prerequisite for the quadcopter class.
Electronics - Basic electronics skills make working with the various electronic components of multicopters easier. Knowing the basics, like Ohm’s law and how to use a multimeter, is a great boon when designing and building multicopters.
Arduino - Having a basic understanding of how microcontrollers work is beneficial when debugging a misbehaving flight controller and when you want to make your own custom modifications.
3D Printing and 3D Design - Designing and printing your own custom parts is fun and cool. I’ve designed and made my own camera mounts, landing gear, covers, brackets and more for my own quadcopters. There are lots of plans out now for entirely 3D-printed multicopter frames.
LinuxCNC, CAM and Vertical Mill / CNC Router Table - If you need to make stronger parts out of metal, fiberglass or carbon fiber - CNC is the way to go.
Laser Cutter - Again, lots of ways to make custom parts out of acrylic and wood.
Vacuum Former - Vacuum forming plastics is a great way to make custom covers and cases. My current quadcopter covers are made out of vacuum-formed ABS plastic. I designed the shape for the mold in SolidWorks and used the CNC router table to mill out the mold.

Take a quadcopter workshop with Mike! Sign up here!