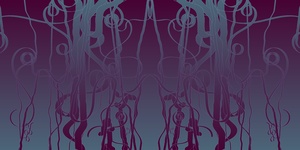 February 9, 2014 -- Today the 14th meeting of the Houston Recreational Computer Programming group was held at TX/RX Labs. I'd like to thank everyone who showed up. We had a great turnout with lots of new people this time and I hope we can continue growing and seeing more of the cool stuff I know you all are doing.

Chris Loyd presented some of his early work in graphically analyzing data from his environmental monitoring project. He has a .csv file with over 12,000 data points. Analysis via conventional spreadsheet software products proved too taxing for his computer. Going on the advice of Stephen Cameron, he looked into "R" - a statistical programming language. With R, Chris was able to create a three-dimensional rotatable scatter-plot of his data. Products used were R v3.0.2, RStudio v0.98.495, and the rgl package. Justin Garrett demonstrated a game he and a colleague have been working on written in the Processing language. The game involves ever more rapidly approaching 3-dimensional rectangular cuboids which the player must avoid. The plan is to ultimately release the game as an Android app.

Adrian Garcia presented some improvements he has made to his Mandelbrot set viewer and also a simple steganographic algorithm for unobtrusively encoding one image within another.

Stephen Cameron presented a simple python program to produce some graphical designs in a style somewhat reminiscent of Art Nouveau. It works by implementing something akin to a calligraphic pen making long curvy whiplash lines on paper, mirrored to produce a symmetric design. These lines are then rendered as gradients against a contrasting background gradient.

I have been remiss in describing the HRCP group's meetings in December and January. I will attempt to remediate this slightly here.

In January, Chris Cauley described a pure CSS implementation of fading between a series of images in a kind of checkerboard pattern, reminiscent of what youtube currrently does at the end of a video.

Stephen Cameron presented some things learned in the process of texture mapping spheres for planets in the game Space Nerds In Space. The naive approach of mapping longitude and latitude to u and v in texture space results in a hard to eliminate seam at the "international dateline" where the entire texture gets interpolated backwards across a single triagle in your spherical mesh. The answer it turns out, is to use cube mapping, in which the vertices of tesselated cube are essentially projected onto the surface of a sphere to produce the uv mapping.

In December, Jeremy Van Grinsven told an entertaining tale of his journey optimizing the rendering code within Space Nerds In Space. The gist of the tale was that he tried many things which seemed like they should make a difference, but actually didn't turn out to matter. I am definitely not doing his tale justice, as I have forgotten all the details, but suffice to say it was very entertaining and informative.

Stephen Cameron presented his implementation of "fleet behavior" in Space Nerds In Space. The most interesting part involved assigning individual ships fleet position numbers. The overall shape of the fleet is constructed such that when a ship is removed from the fleet, each ship with a position greater than the removed ship can just bump their position up by one, and move to the corresponding physical location, and the necessary movement will be minimized due to the way the position numbers are arranged in space. Another interesting bit involved a bug in which fleet members did not ignore freindly fire, and a single shot fired by the player into a fleet would result in the fleet returning fire, and invariably one fleet member would accidentally hit another, and then all the fleet members would turn on each other and the fleet would self destruct.